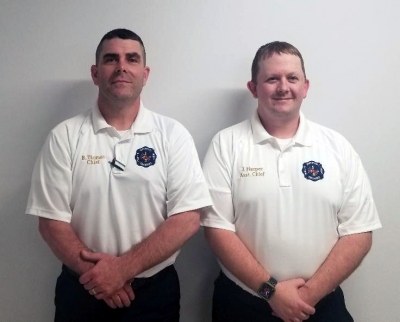 Recently the Scioto Valley Fire District Board appointed a new fire chief and assistant chief to lead the department into the future. Earlier this year, the district board began accepting application...
➜
SVFD Accepting Applications for Part-Time Positions 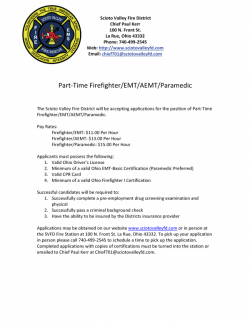 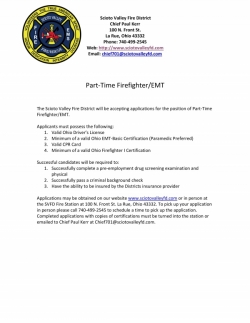 The Scioto Valley Fire District will be accepting applications for the position of Part-Time Firefighter/EMT. Applicants must possess the following:Valid Ohio Driver’s LicenseMinimum of a valid...
➜
2019 Awards Banquet 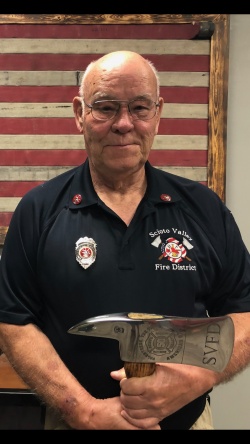 Last night our department held its annual awards banquet. This year we had several members receive years of service awards and also had a promotion of rank during the ceremony as well.With those years...
➜
News
2019 Awards Banquet

Last night our department held its annual awards banquet. This year we had several members receive years of service awards and also had a promotion of rank during the ceremony as well.

With those years of service awards we celebrated a special one this year. Firefighter Larry Fields received his award for 50 years of service to the SVFD. When a member reaches 50 years of service you receive a custom axe. Larry joins a small list of current and former members who have reached this monumentous achievement of years of service and dedication to the residents of the Scioto Valley Fire District. The following is the list of people who have achieved 50 years:

Shown in picture is Asst. Chief Stallsmith (who received his axe in 2018 and FF. Fields holding their axes. The axes were made by Lt. Tony Berry and each received a display stand which was made by Capt. Matt Purtee.

Larry has been in public safety his entire career serving as not only a firefighter but before retiring, Larry was an Advanced EMT for Stofcheck Ambulance as well as a Police officer for Marion City. During Larry's time with Marion City PD he was a part of starting Safety City, which is a program that educates children in several areas of safety such as, fire safety, Bicycle Safety, and Stranger Danger. Larry still continues his love for educating children and assists every year with Safety Village at Elgin. We want to thank Larry for all his dedicated hard work to our community and others and look forward to his continued service.

Also receiving service awards for 2018 and 2019 last night were the following:

As well as receiving his 15 year service award, Josh Harper who serves as our EMS Coordinator was promoted to the rank of Lieutenant. Josh is a Firefighter/Paramedic. Josh recently married his lovely bride Terra. As well as serving our community, Josh is a full time paramedic for Delaware County EMS and a Firefighter/Paramedic for Northern Union County Fire. Lt. Harper has been one the vital people in our department who helped establish our EMS service that we are currently providing today. He has also worked hard to secure several grants to obtain equipment that has helped greatly improve the care that we can provide to our patients.

Please join us in congratulating everyone from last night who received awards and promotion. 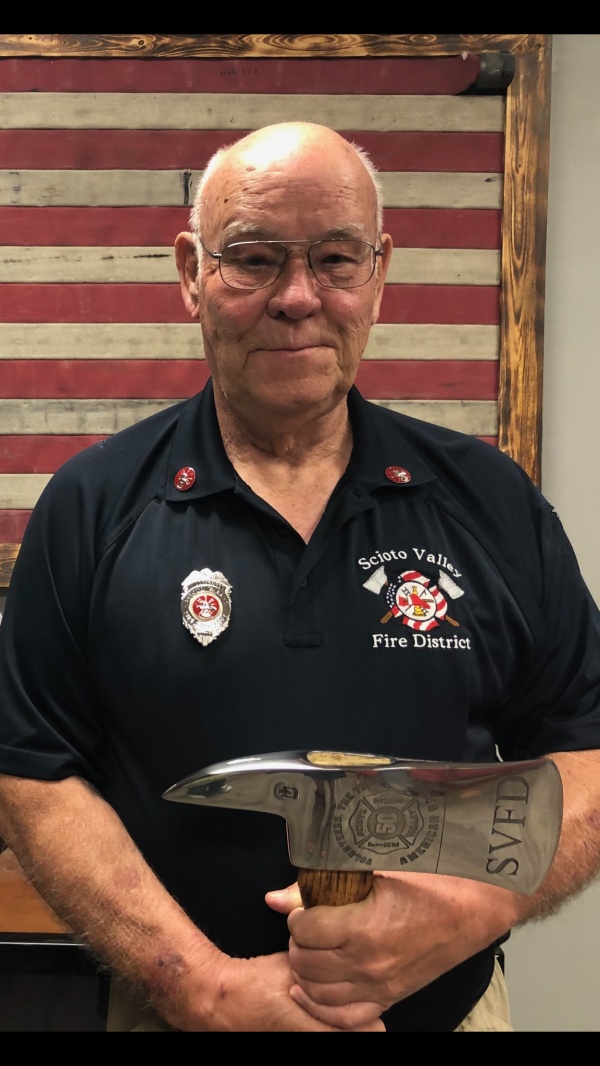 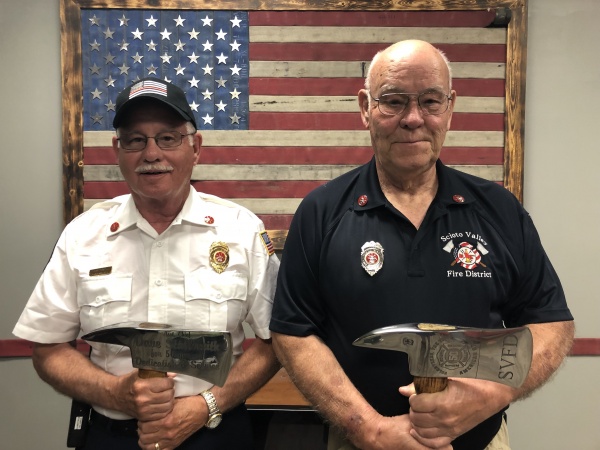 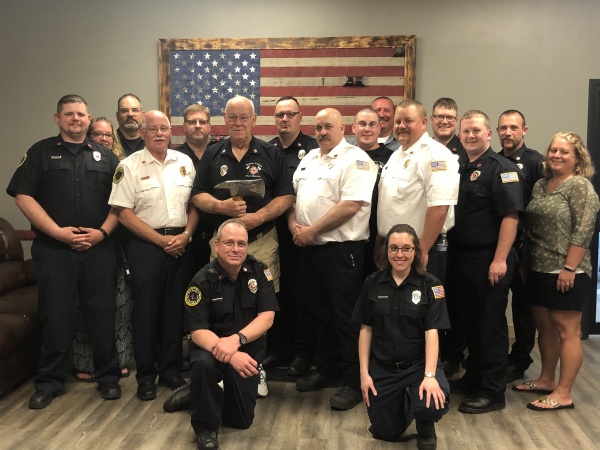 Recently the Scioto Valley Fire District Board appointed a new fire chief and assistant chief to lead the department into the future. Earlier this year, the district board began accepting applications for a part-time fire chief.
➜
SVFD Accepting Applications for Part-Time Positions

Last night our department held its annual awards banquet. This year we had several members receive years of service awards and also had a promotion of rank during the ceremony as well.With those years of service awards we celebrated a special one this year.
➜
2018 Run Stats
We had a busy year this year at SVFD. We finished 2018 with 265 runs. We had 237 runs in 2017 for an 11.2% increase in runs. 191 of our runs in 2018 were EMS related and in 2017 we had 141 for a 30.1% increase for 2018.
➜
District Receives Grant From Shriner's

The Scioto Valley Fire District is pleased to announce that this year we were the recipients of a grant from the Aladdin Shriners to purchase equipment to aid in the care of pediatrics. This year we were awarded funds to purchase the HandTevy Pediatric Care System with bag and equipment and a McGrat...
➜
District Purchases New Rescue Truck

The Scioto Valley Fire District is pleased to announce the addition of a 2011 International Rescue truck.This addition will allow our members to expand our EMS capabilities. The Rescue is a combination unit.It has a compressed air foam system for fires, a fully stocked Advanced Life Support transpor...
➜
Assistant Chief Promoted to Chief 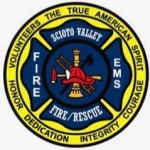 On Wednesday evening, the Scioto Valley Fire District Board of Trustees voted to promote Assistant Chief Paul Kerr to the Rank of Chief. Chief Kerr has been with the department 22 years. In those 22 years, Paul has held the rank of Lieutenant, Captain, and Assistant Chief.
➜
Firefighter Completes Ohio Firefighter 2 Certification

We would like to congratulate Firefighter Reed Irey for completing and passing his Ohio Firefighter 2 Certification. Ohio Firefighter 2 is the highest level firefighter certification in Ohio. Reed has been a great person to have on the department and is very passionate about the fire service.
➜
SVFD Receives Automated CPR Device From BWC Grant & OHIO EMS Grant

We are proud to announce that the fire district has recieved a grant from Ohio BWC to purchase a Zoll Auto Pulse CPR Device. The auto pulse is an automated CPR device that when placed on a patient mechanically performs chest compressions at a high quality, returning 100% of blood flow back to the br...
➜
Department Members Complete Ohio Firefighter 1 Class 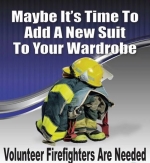 We are are seeking new members for our department. We are in need of people who have a desire to help others. Applicants must be at least 18 years of age and hold a high school diploma or equivalent. We provide Firefighter and either EMR or EMT Basic classes to our members.
➜
First Responder 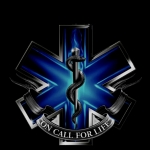 We wanted to take the time to let our amazing taxpayers know that in late 2013 the Scioto Valley Fire District started responding to EMS Runs in the district. We currently have 11 EMS Certified members of our department: 4 Paramedics, 5 EMT's, & 2 Emergency Medical Responders.
➜
1 of 1
14 entries in the News
Active 911
Documents

This site has been viewed 50,648 times.
Calls
News
Events
Pictures
Apparatus
Maintained by the members and staff of Scioto Valley Fire District. Designated trademarks and brands are the property of their respective owners. Copyright © 2006-2022. YourFirstDue Inc. All Rights Reserved. Content on this web site is supplied by Scioto Valley Fire District. YourFirstDue Inc. cannot be held responsible or liable for any content, text, pictures, or any other media found on this web site.
Management login
Powered by